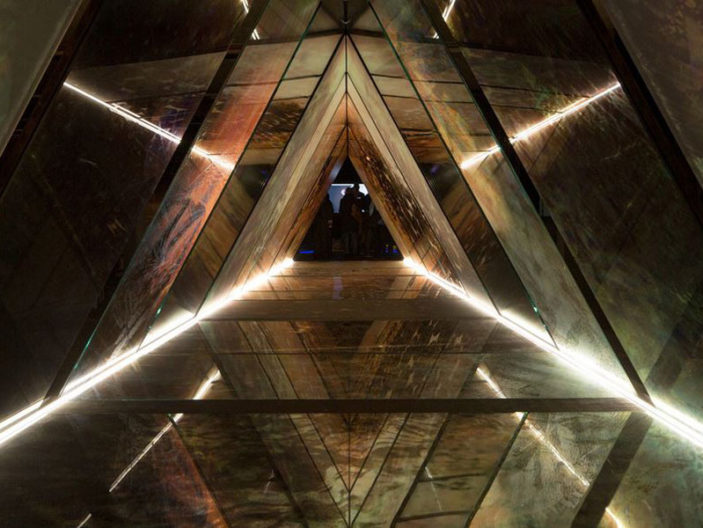 To much, sensible glamor simply sounds like an oxymoron, however, it is surprisingly the secret behind mirrored furniture. How? What other furniture type mandates for nothing more than simple paper towels and some glass cleaner to rekindle its glory? Which then explains the huge popularity of mirrored furniture-chairs, tables, screens and so on are all clad either in pastel reflective or colorless glass-back in the early 1920’s and 30’s respectively as expected.

But even with its streamlined chic and apparent modernity, mirrored furniture remains a vulnerable, under explored, facade of the vast antique world as well.

Initially, mirror-a phrase correlated to a Latin verb signifying ”to admire,” was a luxury only limited to financially secure individuals. Although in the past mirrors of well polished metal were present even in the ancient era, the glass provision only made its way into the market in the 16th century, after the momentous discovery by the Venetian glass makers that glass could be poured into little flat sheets which could subsequently be backed either with lead or silver leaf. Nevertheless, the result was still fairly expensive and too small in size for use beyond royal affiliations.

In 1678 however, Bernard Perrot, an inventor, and French native identified how to produce large mirror sheets which led to the building of the famous Hall of Mirrors four years after at Versailles. Despite the construction of this amazing French fantasia, it is the German royals such as Margravine of Baden-a frenetic rococo follies builder, who in reality embraced the fun-house possibilities of mirrors. It is then that Spiegelkabinetten (German Design) or Delirious mirror paneled rooms then emerged in royal premises across central Europe. The most prominent of such is set at a villa, La Favorite, near Baden-Baden in Germany, which comprises over 300 mirrors characterized by different sizes and shapes set in walls. As you can see from the video at the end of this article these experiences can be quite funny. 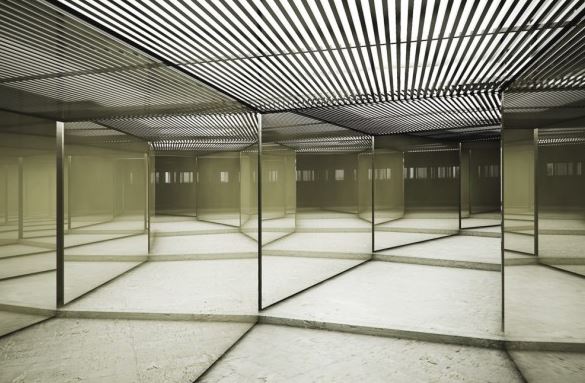 As for matching furniture, even with early championing such as by Louis XIV, whose bed-which he subsequently shared with Madame de Montespan, his mistress-was equipped with a perfectly mirrored headboard, it remained rather rare, ignored by Britons but fairly appreciated by the French. Surprisingly, even the elegant New York based socialite, Dorothy Hirshon, also owned a Venetian baroque mirrored bed perhaps crafted in the early 1930’s,

Doubtless, Ms. Dorothy, similar to other mirrored furniture admirers, selected her exquisite bed for its elegance. 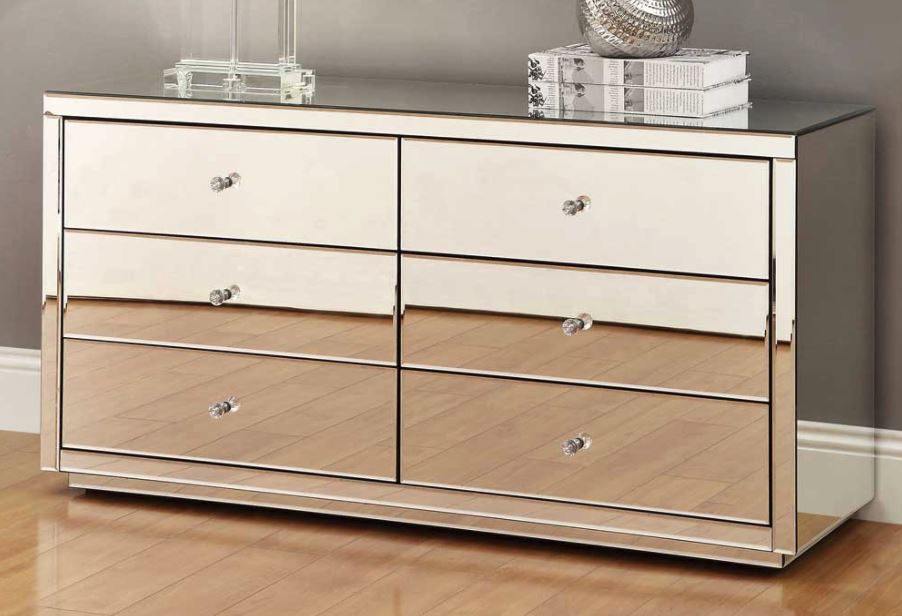 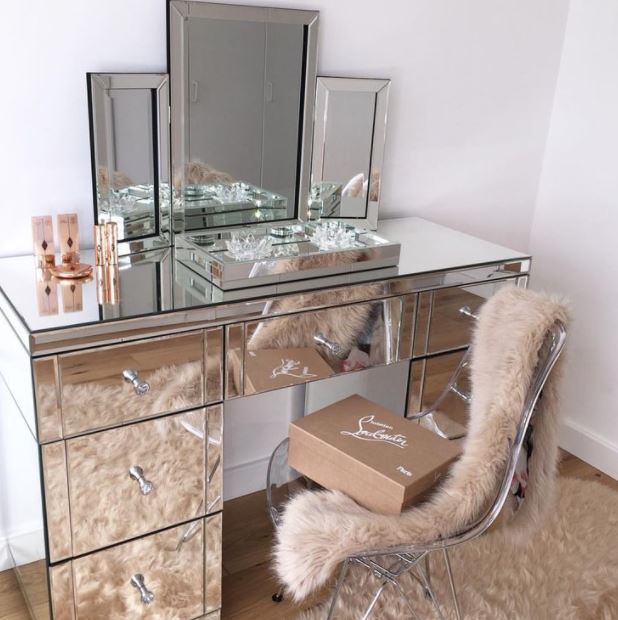 According to Ms.Scaife, a former spouse to the Mellon banking affluence heir, Mr. Richard Mellon Scaife, it is impossible to acquire enough of these artifacts. Her Palm Beach home, which was featured in The World of Interiors October Issue, is literally a veritable reflection temple with artifacts dating back as far as 1930 such as her pitch-colored unique mirror valences and mirror-clad 1940 clad fireplace. In addition, she further states that while finding a gorgeous piece of mirrored furniture is quite easy, getting it in original form is virtually almost impossible. Moreover, mirrored furniture is quite cumbersome to move and should it somehow cracks or breaks, identifying a professional that can properly do the necessary work for you is a nightmare. These are among the setbacks that come with mirrored furniture and other artifacts. 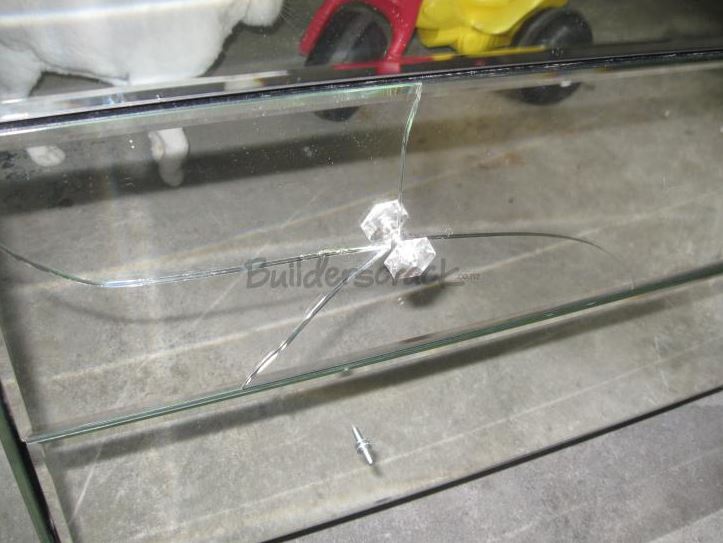 Interestingly, in the early 1930’s, mirrors were popular accessories, especially for dining table tops. Jansen, a Parisian deluxe decorating firm, operating between the two world wars, customarily tailored them to suit grand clients such as the Duke and Duchess of Windsor. Regrettably, glare moved toe to toe with glamor, particularly in sunny rooms.

With glass dining tables, blemishes seemed to be magnified. Whether it was the formation of each double chin or the exemplification of a crow foot, it seemed to get more unappealing which may subsequently explain the reason that led the Duchess of Windsor to replace the glass tops and replacing them with polished mahogany.

Mirrored pieces of furniture are very popular particularly with individuals who crave for a little sizzle and sparkle in their daily life. They are elegant, exquisite and amazingly gorgeous which is why they have increasingly become fashionable through the years. If you want to be part of a standing long history, owning Mirrored furniture is one way to go about